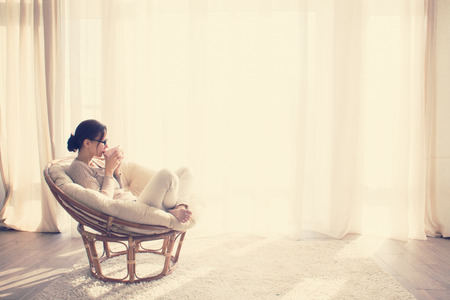 Enjoying a soothing cup of tea with your family or a group of friends is a time-honored American tradition that has persisted for centuries! Tea drinking is a practice often associated with European and Asian countries, but America has developed a unique heritage of its own.

The evolution of American Tea Culture has led to the creation of some of the most popular flavors we drink and methods we use today. Take a few moments to learn a little more about how it all came to be, to add a little more meaning to every sip of your favorite tea!

It was the Dutch who first introduced tea to the American colonies.

Although you may have assumed it was the English who carried over their love of tea to the Americas, tea drinking actually arrived sometime in the 1640s with the Dutch colony of New Amsterdam. The Dutch East India Company was importing tea here before it even reached England!

Early tea culture in America paralleled the rituals of Britain, once they took control of the Dutch colony and renamed it New York. It played the same important social role in the colonies as it did in Europe. Tea was often served with the best silver strainers and fine porcelain cups and considered a refined expression of culture.

American tea consumption petered off before the Revolution and prominently reemerged following our established independence.

Tea fell out of favor in the colonies as tensions began to rise between them and Britain. The British were imposing exorbitant taxes that eventually led to the events of the Boston Tea Party. Colonists started to feel taken advantage of and abstaining from tea drinking became an act of patriotism.

Following the inauguration of the United States as its own, independent country, tea culture reemerged and with it a slow development of distinctly American practices. American Tea Culture has come to be distinguished by the creation of iced tea, the tea bag, and instant tea.

Tea drinking in America has maintained its status as a widespread and popular ritual.

Americans have cultivated their own tea customs, preparation techniques, flavors, and tastes as the beverage has persisted in its prominent societal role. We’ve adopted our own tea party traditions—such as pairing tea with savory foods instead of delicate pastries as the English usually do— and afternoon tea rituals to bring family and friends together.

Taste in tea varies throughout the country, but America is known for favoring smooth, sweet flavors as opposed to the more bitter essence of British teas. Although, there has been a recent trend of interest in specialty teas that align more with European and Asian tastes.

Despite the differences in tea culture that exist around the world, we can all agree on one thing about tea—it’s delicious! Treat yourself to some of the gourmet loose leaf teas we offer online and in-store at Otto’s Granary. Our varied selection of traditional and unique flavors has something for everyone, no matter your tastes!