If you’re a fan of the band KISS, you know that Peter Criss was the band’s original drummer. He established “The Catman” character for his KISS persona. Meow. Interestingly, Criss was born George Peter John Criscuola. Peter Criss sounds better, though, doesn’t it? That’s a rocker’s name! Ever wonder how many people, both male and female, have dressed up as “The Catman” from KISS? The answer: Probably millions! It’s no wonder, then, that the KISS “The Catman” POP! Bobblehead, for sale here, is so popular. 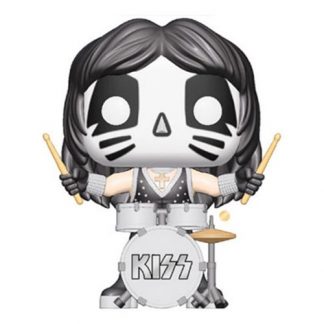