If you were watching Scooby Doo in 1972, did you remember seeing Batman and Robin in two episodes? They were in “The Dynamic Scooby-Doo Affair” (9/16/72) and “The Caped Crusader Caper” (12/16/72). Of course, Batman and Robin were also in the Superfriends cartoons of the 1970s… and back in the late 1960s there was Batman, the live-action TV series starring Adam West, which aired for three seasons/120 episodes on ABC. Now you can own the Batman 1972 80th Anniversary POP! Bobblehead, for sale here. 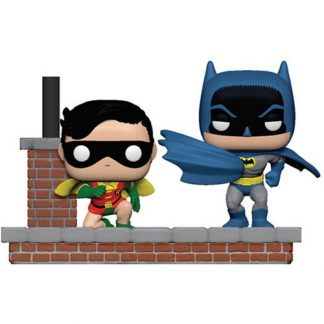