Superman Silver Age by Jim Shore, for sale here, represents Superman during the Silver Age of Comics, a historical period in the publication of DC comic books. The Silver Age came after the Golden Age, and this new era became known for “campy” storylines and a major expansion of Superman’s world, bringing in new characters like Supergirl, Krypto, Streaky and the Legion of Super-Heroes. The Silver Age was followed by the Modern Age, which started about 1985. 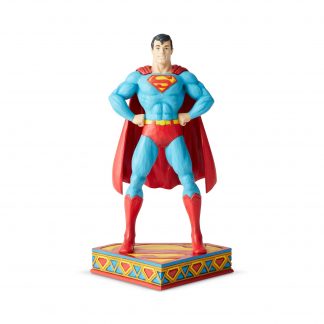