Wonder Woman Silver Age by Jim Shore, for sale here, represents the iconic superhero as she was known in the 1960s. At the time, her origin story increased the character’s Hellenic and mythological roots. Later on, she began using the alias Diana Prince. At one time during the Silver Age of Comics, she opened a mod boutique… and she acquired a Chinese mentor named I Ching who taught her martial arts and weapons skills. 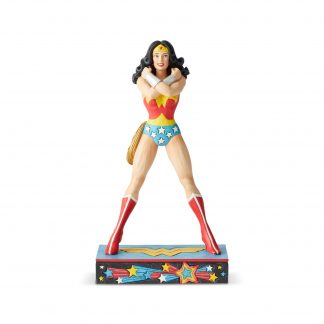