As a robot, Barricade is complicated. He’s with the Decepticons and probably Starscream’s closest ally though he does like to trick others into trusting him. He enjoys seeing their reactions when they realize maybe they shouldn’t have trusted him. He’s known to disguise himself as an Earth police car in order to fool the humans around him. Meanwhile, his attitude toward the Autobots? Kill them all. Get the Transformers Masterpiece Movie Series Barricade MPM-5 exclusive, for sale here. 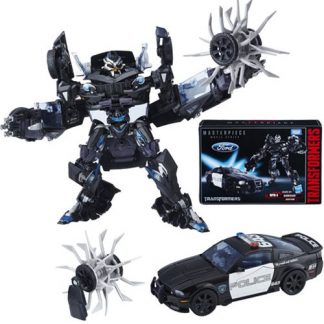