It?s hard to believe that Diana, Princess of Wales, died tragically in a car crash back in the summer of 1997. As a member of the British royal family and first wife of Charles, she was perhaps best known as mother to Prince William and Prince Harry, as well as for being an activist and icon of style and glamour in the 1980s. Princess Diana? Gone too soon! Remember her with this Royals Diana Princess of Wales #03 POP! Vinyl Figure. 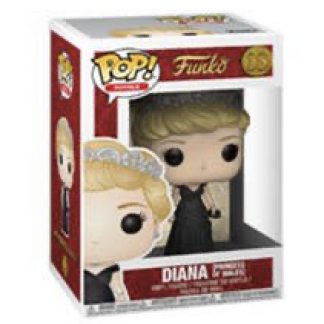