Ursula scared a lot of little kids when they saw the Walt Disney Pictures’ 28th animated feature film “The Little Mermaid” back in 1989. Ursula was a scary villain– a sea witch who offered Ariel, a mermaid princess, human legs in exchange for her voice. Ursula wanted to do whatever it would take to replace Ariel’s father, King Triton, as the ruler over Atlantica. She was ruthless! Want the Little Mermaid Ursula 10-Inch POP! Bobblehead? It’s for sale here.

Be the first to review “The Little Mermaid: 10in Ursula Funko Pop!” Cancel reply 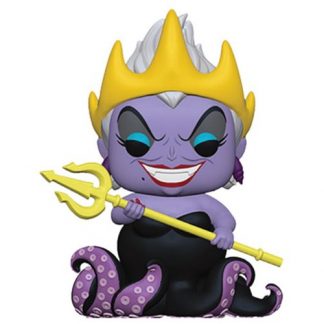