Musician Johnny Cash was known for his voice, guitar-playing, and distinctive clothing style– he wore black and was called the “The Man in Black.” He actually wrote a song called “The Man in Black” back in the early 1970s, and it was a protest against the treatment of poor people by wealthy politicians, as well as mass incarceration and the war in Vietnam. Though Cash passed away in 2003, his legend lives on. Own this cool Johnny Cash POP! Bobblehead, for sale here. 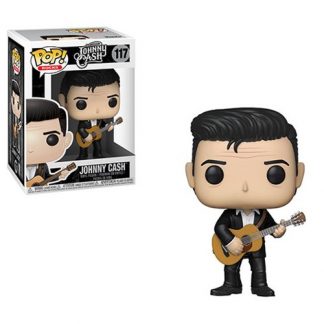