Born in 1732, George Washington served as the first president of the United States from 1789 to 1797. Then he died two years later. Called ?The Father of His Country,? his leadership helped make the United States a reality? he led Patriot forces to victory in the War for Independence. Then he presided at the Constitutional Convention of 1787 which established the U.S. Constitution and the federal government. It?s no wonder collectors want the George Washington #09 POP! Vinyl Figure. 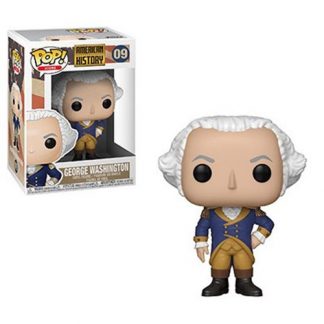