When Commissioner Gordon needed to talk to Batman, he used a secure line– the “Bat-phone”– in the 1966-1968 Batman TV series. You can get the Batman 1966 TV Series Bruce Wayne and Bat-Phone Bust, for sale here. Meanwhile, times have changed since the 1960s. More recently, Batman has utilized an encrypted cellphone with a tracking device. Unlike the original Bat-phone, it’s not red and it doesn’t look like anything special. Don’t you miss the ‘60s? 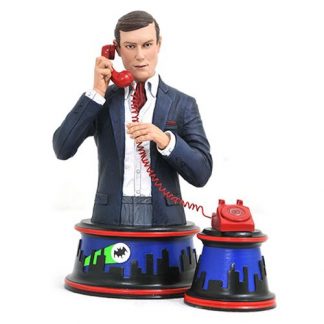