Alfred Hitchcock was one of the most influential filmmakers in the history of cinema, so it’s only fitting that he’s available as the Alfred Hitchcock #624 Pop! Vinyl Figure, available for sale here. Born way back in 1899, Hitchcock became known as the Master of Suspense, directing over 50 feature films, including The 39 Steps, The Lady Vanishes, and 1940’s Rebecca, which won an Academy Award for Best Picture. He’s perhaps best known, though, for 1958’s Vertigo and 1960’s Psycho. 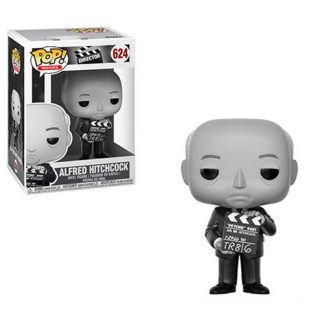